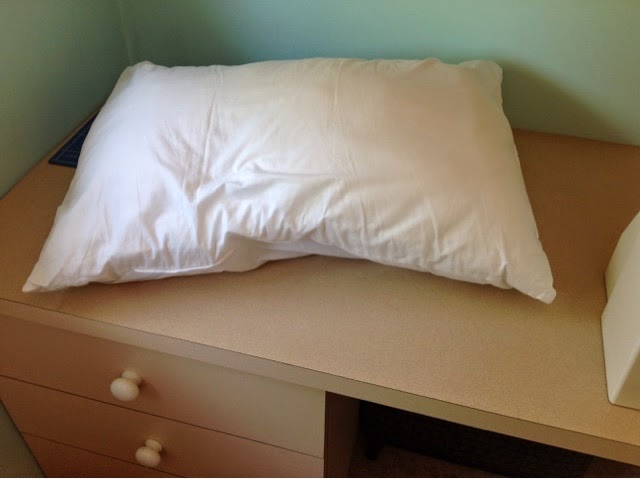 Another way the retail world in Israel is not like America. Outside of IKEA, you cannot find plain, inexpensive pillow forms. And the ones at IKEA are extremely mushy and seem to be filled with feathers. Yuck (in my opinion, anyway). I combined my need for cheap pillow forms with my love for upcycling and recycling and used an old pillow to make a new one.
A few years ago I read an article about why it is a good idea to wash or replace the pillow you sleep on regularly. I do wash our pillows, but the filling gets matted and lumpy. But if I cut open the pillow, I can rip apart the matted filling and use it. 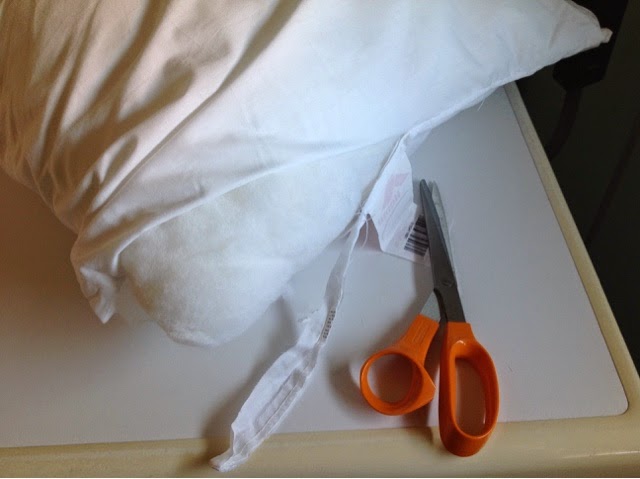 Here is a freshly washed and machine dried pillow (plenty of heat to kill whatever might be lurking in there). My first instinct was to open the pillow with a seam ripper. I quickly realized that would take forever and  likely end in bloodshed (I don't do too well with sharp objects). So I just trimmed away the seam. See how the matted filling holds its shape? 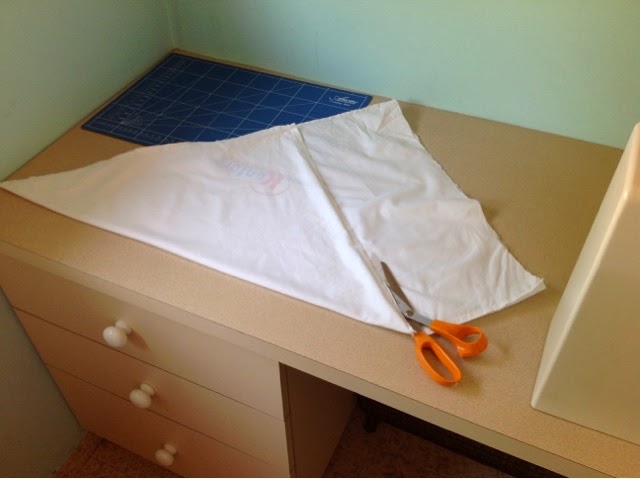 First, of course, I removed the sutffing and set it aside. I wanted  a square pillow, so I folded up the small side as you see above, and cut off the excess fabric. It was a simple matter to sew up the seams. I turned the fabric right side out so the seams would be inside the pillow, then tucked it inside the cover I bought at IKEA (okay, so they do have lots of good stuff there. Just not cheapo pillow forms). It was a lot easier to carefully stuff the pillow with it already inside the cover. That way I knew when it was as plump as I wanted it to be. Last, I handsewed the opening closed. 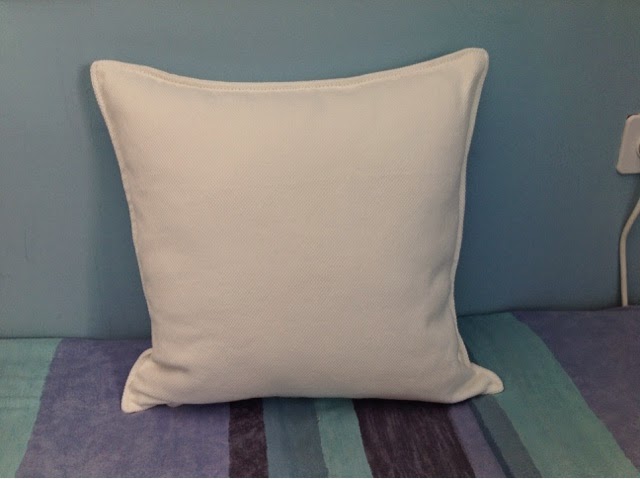 It needed some shaping (and punching, lol) which were actually done after this picture was taken, but eventually it took on the shape Liat and I wanted. Now she has two extra pillows to sit up against on her bed. 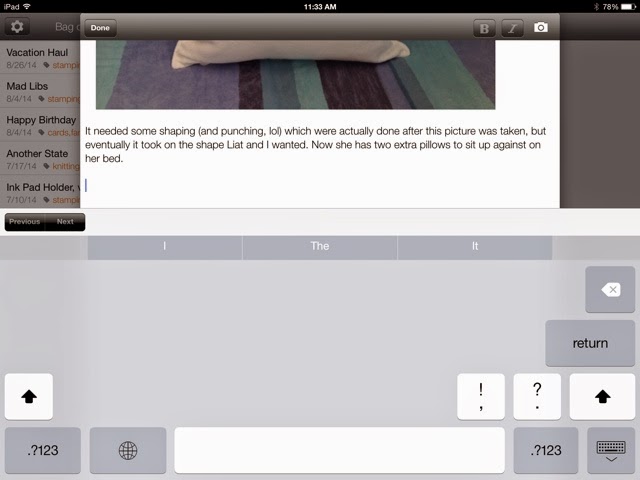 Something happened to my keyboard! This post was typed with the keyboard mostly missing, ye gods. Hope it comes back, this is kinda awkward!!
Posted by AmyS at Sunday, October 12, 2014

Great upgrade. Oh boy. I feel bad now about our pillows. I better try to wash them this week.