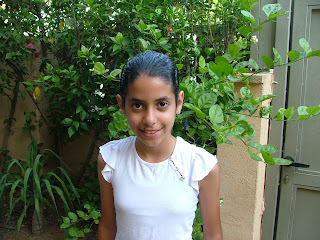 Last night was Meital's graduation party/show. They do things somewhat backwards here, with the celebration happening before the actual end of the year. The kids got today, the day after the party, off, but there are three more days of school left next week.

Meital performed in three dances, and my completely fair, balanced and unbiased opinion is that she was wonderful! Some of her friends have been taking dancing lessons after school for years, and perhaps did even better, but for a girl who learned on the job she was marvelous.

Not only was this party the culmination of six years for Meital at this school, but eleven years that Avi and I have been parents at this school. More than that, Avi finished up seven years as president of the Parent's Association. He made a speech, as he always does at these events, but this time (as with Liat's graduation five years ago) it was personal.

Liat and I helped him write out his speech, and as usual Liat typed it up for him. Unbeknownst to me, Avi added a few handwritten lines right before we left the house for the party. After saying everything he wanted to say, and thanking those who helped him in his work as PTA president, he thanked me for supporting him all these years! I was completely surprised and of course almost cried. It was a moment, to be sure.

But more than anything, Meital's happiness and satisfaction at a job well done made the evening one we will always remember. 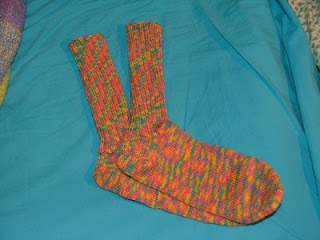 As you can see, the problem with my browser seems to be fixed, thank goodness! I finished these Sockotta yarn socks for Liat a while ago, but couldn't show you the photo until now. This is actually the third pair of socks I've made in 2009; I forgot about the pair of toddler-sized socks I made early in the year. Now I'm working on a baby sock using leftover Lorna's Laces. Looks like it will be baby and toddler socks for the duration at this point, until the weather cools down again.

I still haven't finished the sleeve-less cotton top for Meital, but I have worked on it. And I finished one washcloth and started another; I need to make four to give as part of two hostess gifts I am putting together.

We've been busy with translation work, and I finally cleared out the carpet in the last room to still have any. I've made some progress in Meital's scrapbook, but hope to get more done. I've also been writing a family history narrative that I hope to finish in time to give to my father when I see him next month.

And that's mostly it from here. Tonight is Meital's graduation from sixth grade party and show. She will be performing in three dances, so it should be fun!
Posted by AmyS at Thursday, June 25, 2009 8 comments:

I have just discovered that the annoying problem I've been having lately with my browser has made it impossible for me to upload photos to the blog. Probably to anywhere on the Internet. Since I have no idea what is causing the problem (the one thing I thought to try didn't help) I am not sure how I can fix this. I need to talk to our friendly computer guy and see if he can talk me through a fix.

Meanwhile, I finished a pair of socks for Liat, and realized I may not have shown you a pair of toddler socks I actually finished earlier this year and then forgot about. I hope I will be able to show you photos soon.

Other than that, I am nearly done with a cotton washcloth and have made a tiny bit of progress on Meital's sleeveless cotton top. And I started a baby sock with some leftover yarn. I've also been doing some scrapbooking, and some translation work.

Liat has finished classes for the year, though she still has several matriculation exams to get through. She had her first call up last Thursday, where the army's doctors examined her and she took a "psychotechnical" test, whatever that is. Eventually they will contact her again, probably to interview her and start the process of figuring out what they're going to do with her for two years.

Meital's graduation party (from 6th grade) is next week, and she finishes school on the 30th. Most of her school hours are spent in rehearsals for the big party/show (she's in the dance troupe). She had a great group of girls over for a swim yesterday, and has invited them to come again next Friday. 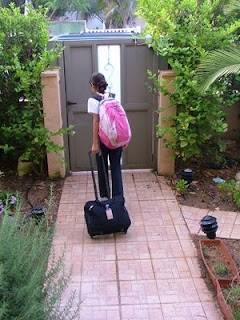 Bright and very early this morning (6:40, to be exact) Meital set off on what is her first-ever overnight school field trip. She'll be back tomorrow, but... she's my baby and aside from a few sleepovers with her grandmother and her friends, she hasn't been away from home overnight before.

Before the trip she was very excited, deciding what to pack and picking out the snacks and treats she wanted to take along. She called earlier this evening, sounding very happy and enthusiastic. I was thrilled and relieved.

But she just called again, in tears. Why are kids so mean to each other? And is there anything worse than being far away and unable to do anything when your kid is miserable? By the end of the call she seemed better, determined to deal with the problem.

I just hope I can get to sleep tonight. 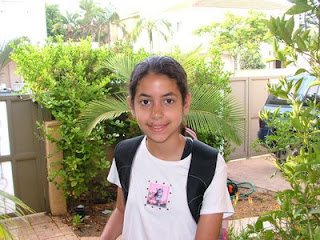 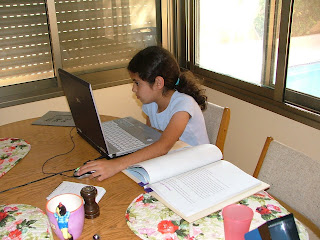 In one of those minor household tragedies which can occur from time to time, Avi and I discovered last night that we somehow neglected to make a back up copy of some photos. Just a few. Months, that is. Most of 2007 and part of 2008.

We saved the photos from the camera onto the hard drive, but somehow we neglected to back them up onto a CD. Of course, the hard drives of all of our computers are long since toast.

I started blogging some time in 2005, and switched from that blog (Yahoo 360, which by the way is closing down next month) to this one a couple of years later. By going page by page through my old blog, I was able to discover a number of missing photos that had been posted there, and have now saved them. Whew!

The good thing about Blogger is that all of the photos I post here are automatically saved in an online photo album hosted by Picasa. Though I suppose I shouldn't count on that always being there.

Another trick I've learned works once you've got the photos on your hard drive. Attach the photos to an e-mail and send them to yourself. I found quite a few "missing" photos that way, too.

So even if you don't save your photos to a diskette, CD or thumb drive, at least post them on the Internet somewhere or send them to yourself in an e-mail, so you'll still have them if disaster strikes your hard drive.